What do you see?

The woman in the street, Thomas and the boss, your meditation

As Karen walks along a busy, crowded street on a Saturday morning, she notices a little girl who refuses to be seated in her pram, garbage being dropped on the pavement and a broken window pane. Louis is also strolling in a street. It is late in the summer and he enjoys the soft breeze, notices a smile from a stranger – and the happy faces of those who enjoy their ice cream. He thinks it would be nice if people stopped dropping waste paper in the street.

As Karen and Louis enter a grocery store, simultaneously, they are not aware of each other. They have been walking along the same street, in the same «city room», but observed different aspects of it. Why? They perceive in their individual way. They have different perspectives.

Let us enter a smaller room. Thomas is presenting a report at a meeting in his office. He keeps looking at his new boss several times – wondering what she is thinking about. She reads some text messages, then she looks at him with a negative expression; her face seems closed.

Afterwards, Thomas says to a colleague: ¨did you notice how negative she was, that killing look. I am afraid it will be difficult to work with her¨.

¨You know how she may be, the colleague says, haven’t you noticed? She isn’t always that generous, and I guess she was hesitating about a couple of your suggestions. But didn’t you see her smile as you talked so positively about the new methods of analyses? You should also have noticed that she liked the idea of working more in teams across professions¨.

No, Thomas can’t remember any of those observations. Without being aware of it, he has reinforced some impressions and ignored other signals from his boss. In line with a pattern of perception he developed early in his life in the interaction with his parents and other significant persons. This makes him see things in his own, subjective perspective. He has become a young man now, who, based on early experiences, is sensitive to criticism – and perceives criticism in many situations, also when it doesn’t fit.

Let us enter an even smaller room: inside your head during meditation. There are no external inputs, no signals you need to respond to. Just the habitual sound of a car that now and then passes by and a neighbour who slams the entrance door. You repeat your meditation sound as gently as you can.  You are dedicated to your meditation. You relax and it feels good. You do not need to achieve anything, just let come what comes, without controlling.

Perhaps the calm remains, the experience of being in a good place. There may also be intermittent periods of boredom, restlessness, the feeling of not doing it right, and thoughts you dislike. Meditation is training in being able to include impulses that are not pleasant or clear but still may have something to tell you.

When some unfinished residuals are emerging, resistance may be activated, for instance, an urge to look at the watch, stop or postpone the meditation. In those moments, it is more challenging to find back to the gentle repetition of the meditation sound. More or less aware, we slide into ways of repeating the sound that keep certain contents at a distance. We tend to repeat the sound a bit hard or remain indifferent. Something narrows down. Just as it did for Thomas in his relationship to his boss. We are captured in a certain perspective. 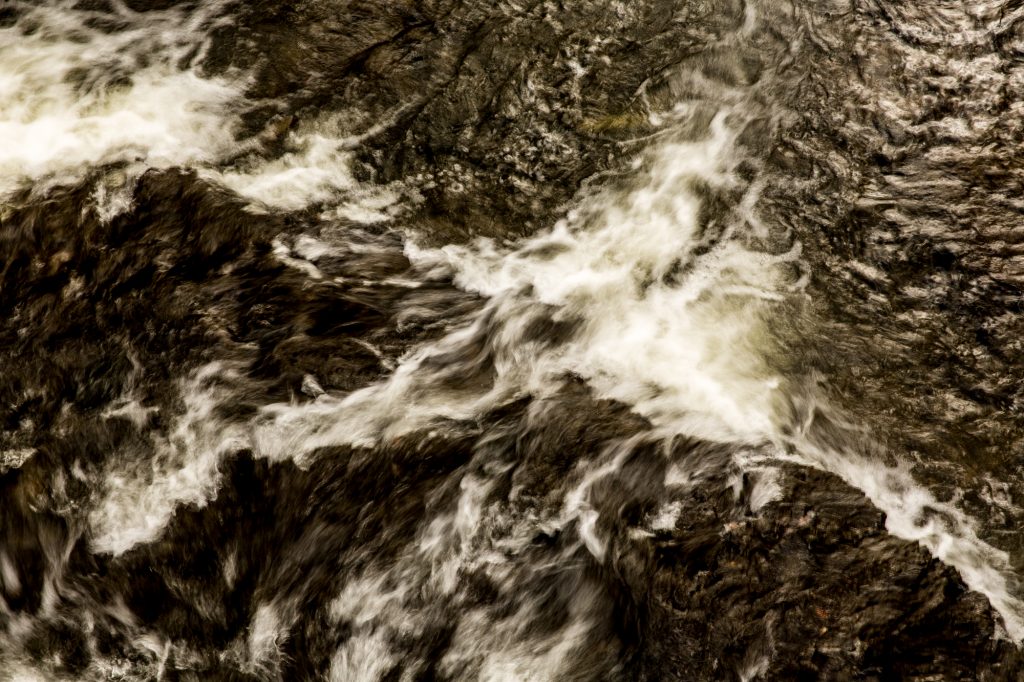 Fight the flow or go with the flow?

When we encounter our blind spots and painful areas, it may take us some time to get back to more relaxed ways of meeting ourselves. The key is the willingness to remain in the area, continue the repetition of the sound and work with the subtle nuances of the practice. When we gradually develop more openness, it helps us to connect the pieces of the complex puzzle of our minds.

Karen and Louis walked along the same main street on a fine August day. Imagine a helicopter with a film camera above them, that would enable us to take a closer look at what dominated life in the city that day. In a similar way, a neutral person might be present in Thomas’ meeting with his new boss. One who simply observes what takes place.

We cannot enter the inside of our heads. We may of course measure certain activities in the brain during meditation, but we are unable to capture what goes on in the spontaneous activity and exactly how we repeat the sound. Luckily. In order to get closer to this, we must enter another room – the meditation guidance group. There we meet Thomas, who explains that part of his long meditation was characterised by a mixture of anger and a feeling of not being able to grasp the sound properly. He was frustrated and fought against the urge to look at his watch. The guide listens to what he says and asks some questions. As the dialogue between them continues, he sees that the sound was actually present a lot of the time and that he repeated it. But he was uncertain because the sound wasn’t as clear as he wished. This made him use effort in the repetition.

The way Thomas describes his meditation may be an expression of the same forces that made him distort the impression of his boss. Restlessness, anger, an urge to give up. There is certainly more to explore. Thomas learned that it is important for him to talk about his meditation. He has become aware of a strict part of himself, and he sees more options about the repetition of the sound. He feels less captured in his restricted pattern and leaves the guidance group with plans to set aside more time for long meditations.