Elisabeth Heimdal Wærsted is a project manager in the Saint-Gobain international industrial group. She is the mother of two small children, and something is constantly going on. How does she manage?

Elisabeth began practicing Acem meditation when she was 17. Her parents had meditated in Acem for many years, and she was curious about what they were doing.

“I quickly noticed that meditating did me good. I was in my last year of high school, and there was a lot of pressure. A lot to do. Meditation gave me a good break. I remember sometimes meditating for ten minutes during written exams. It cleared my mind, and helped me find a way to continue with a task when I felt I had stalled.”

Like many others, however, it was only when Elisabeth went on a retreat that she really understood the potential of the technique.

In 2003, Acem arranged a World retreat at Ås in Norway, with participants from all over the world. Elisabeth shared an apartment with young women from India.

“It was a great experience to see how meditation affected people of all ages, and with all kinds of backgrounds,” she says. “The social interaction at the retreat was different from anything I had experienced before. The meditation created an inward openness, which at the same time became an outward openness, towards the other participants.”

Something fell into place

At the retreat, Elisabeth experienced something that is also very common: She slept a great deal during the meditation. In Acem meditation, there is no point in keeping fatigue away. Rather, it is part of the process to allow it to come, along with everything else that may occur.

Still, in the middle of all the sleep, something fell into place. She understood something, says Elisabeth – something that was not on an intellectual level, but which moved on a different plane.

Acem has developed good ways to understand the meditative process, for example, how to face uncertainty, restlessness, and negative self-assessments. Although the Acem teaching is experience-based, it is still something else to experience what meditation does from the inside.

“One of the things that struck me, was the process that had begun inside me. On some level, it felt good, important, without the intellectual explanations I had of why things felt so important to me at the time. I traveled the world after the retreat (first to Italy), and in a way (without really thinking about it in these terms at the time), meditation was a home I carried with me. A bit like the snail that carries its house with it wherever it goes. A sense of security, a way to be in contact with myself when the impressions were many and the surroundings unknown.”

It is easy to be impressed by Elisabeth’s CV. She speaks seven languages ​​(French, Italian, English, German, Norwegian, Swedish, and Danish – the latter is probably the most difficult) and completed her doctorate at the age of twenty-eight.

Today, in the middle of a phase with two small children, she is the project manager of several demanding projects that will contribute to Saint-Gobain becoming a more sustainable supplier in the construction industry. Elisabeth coordinates and builds bridges between researchers, the many departments involved (production, IT, sales), and external partners.

She confesses that she at times may feel uncertainty in demanding situations.  “During my education, I tended to be unsure whether I was good enough regarding tests and submissions. It still happens that I do not express my views in a conversation or discussion. Or compare me to others who have better jobs, who get more done, and have more influence. Uncertainty can make things look dark.”

It has gradually become clear to Elisabeth that there may be a disconnect between how she judges her own efforts and how others see them. Here, both meditation and Acem’s communication course have been helpful.

Meditation also contributes by making her more generally optimistic and calmer.  “After I have meditated, I can think that ‘yes, this may work, and if it does not work, then I have done what I can.’ I also get calmer in the middle of uncertainty. A calmness making me able to be in things, even if I am unsure. Maybe I have become a bit braver because I meditate.”

As a mother of small children, Elisabeth has also opened her eyes to a new dimension in meditation.  “Meditation has become even more important after we had children”, she says. 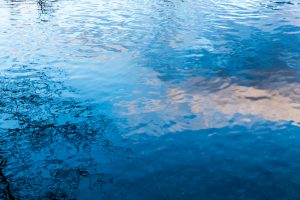 “After I became a parent myself, I have thought that, ‘ah, that is why people meditate, to keep from falling apart.’ You are stretched in all dimensions and there is a deadline for everything. There simply isn’t time to dot all your i’s and cross all your t’s, you simply have to finish in the time you have available.”

“Young children also have an incredible amount of feelings. It can be hard to just say, ‘OK, now those emotions just have to play themselves out’ when that means allowing the six-year-old to scream continuously for three-quarters of an hour. If I get emotionally drained by it, meditation helps me to keep going.”

In dealing with the children, Elisabeth may at times feel uncertain about what is right and what is wrong. Are you doing too much or too little? You can agree with your partner on how to do deal with an issue, but then you find that that does not work the next time because the situation is different.

“Sounds like there is a parallel to meditation. What works once does not necessarily work the next time?”

“Yes, and there is something about just being in that process. You never know what you are getting into. Of course, you know your children, just as you somehow know yourself. Yet you never know exactly what you will happen, what specific challenges you will have to deal with.”

“The meditation experience also gives me practice in letting go of control. It is about accepting the limits of what you can influence”, she says. “I feel more present, less invested, less rigid, after meditating.”

“I can quickly feel that I am responsible for everything. As a project manager, it feels just like that. Meditation helps me to let go of these things, especially when I’m not at work, but also in the job itself. If I do not have enough resources, for example, then I can not deliver optimally. Then I have to say no. Similarly, if the direction is unclear. So in a way, I also have to lead upwards.”

One of the most important things Elisabeth does at work is to communicate. She has to deal with many different people, from all kinds of backgrounds and with different professional approaches. Her job is to make them all work towards the same goal.

It’s not always that easy, especially if the bosses are not clear on the direction. 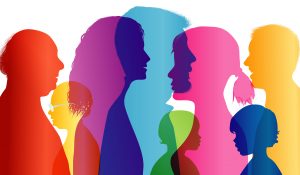 Meditation also helps in the relational and professional interaction of the job. Elisabeth does not easily lose her footing in the face of strong opinions, she says. At the same time, meditation provides an openness, an understanding of what is playing out in the discussions.

“Meditation provides an openness, an understanding of what is going on in the dialogue. It helps my ability to listen to others, which also involves listening on several levels. Hearing not only the content of what people say but also what lies behind what is being said, what motives are behind it.”

In her spare time, Elisabeth does a number of things in Acem. Many of Acem magazine’s readers have met her as a leader in meditation retreats, communication courses, or at one of the many events in Acem’s course rooms in Copenhagen.

“What is it that drives you here?”

“I think it is meaningful to teach meditation and be able to pass something on to others. Give others the opportunity to get something out of the meditation.”

“When you get involved in Acem, you can also see the results of what you do”, she says. “In many contexts, you can’t do that, or at least not as clearly. Such as at work. You never seem to get to the final result, or things go so slowly that it is difficult to see.”

“If, however, you see a person who learns to meditate and who discovers new things about himself, then that is a result that is good in itself. It is rewarding to see what impact meditation can have in people’s lives, even in the basic course, and to help facilitate the process.”

“I also want to contribute to Acem continuing its work”, Elisabeth concludes. “It is impressive to see how much effort has been and still is put into the organization.”

Interview by Mattias Solli. Mattias Solli is a philosopher and works as a researcher at NTNU. In his spare time, he is an instructor in Acem.