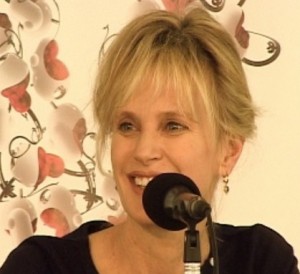 Two and a half years after her father died, the Norwegian-American novelist Siri Hustvedt was about to give a speech in his honour at the place where he had worked. Before she had finished her first sentence, she began to shudder violently from the neck down, her arms flapping, and her knees knocking.

She kept shaking as if she was having a seizure, but her voice was not affected, and she managed to finish her speech. When the speech ended, so did her shaking, but similar fits returned to her on several later occasions. And then she wrote a book about it: “The Shaking Woman or A History of My Nerves”. I read the Kindle version on an iPhone.

Personal and intellectual
The book is at times a personal and quite emotional journey, at other times an intellectual exploration of all sorts of medical and psychological theories, in particular the relatively new field of neuropsychoanalysis. Most of the time it attempts to be both. In her search for an explanation of her fits she looks everywhere: her relation to her father, memories from childhood, her long-term experience with migraine, her intense hypersensitivity, as well as theories of neurons and the brain, of self and other, of memory and trauma, of language, of hysteria, of nature vs. nurture, of body and mind, and of fear. She seeks out neurologists and psychoanalysts and others who might help her understand.

Hustvedt has an impressive knowledge of any thinkable field that might somehow shed light on her condition, whether in psychology, neurology, biology, medicine or, for that matter, literature. She also has a sympathetically sensitive way of exploring her own life and personality. The book is a treasure-grove of interesting discussions of topics that are relevant for most of us, not only those few who have had shaking fits like the ones she had. It has already been quoted on The Meditation Blog. 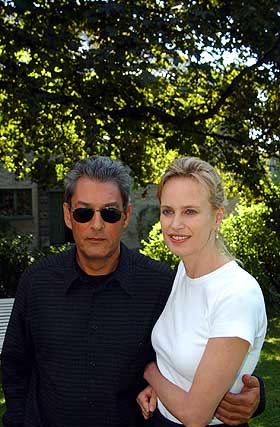 Siri Hustvedt with her husband Paul Auster. (from sirihustvedt.com)

Stop the chatter!
And yet, where does it all lead us? Hustvedt is a great writer, but the mixture of personal memory and scientific exploration in one long stream-of-consciousness-like text without a single chapter heading seriously challenges the reader’s patience, as if one is being talked to incessantly by a person who is unable to take a break. The personal parts of the book have literary qualities that drown in the long discussions of split brains and mirror neurons. And the intellectual explorations point in so many different directions that the book at best helps us amass an extraordinary amount of knowledge, without being able to bring the different threads together in a deeper and more comprehensive understanding.

Hustvedt reminds me of the French author Marie Cardinal, who would chatter on endlessly about her gynaecological problems, until her psychoanalyst, only seemingly in conflict with the Freudian principle of free association, forbid her to say a word more about it. For Ms. Cardinal, after the initial shock of having to dispense with her usual chattering, this became the beginning of a genuine process of self-reflection; being forced to let go of her gynaecological obsession brought her to new levels of emotional insight. Would a doctor or a psychoanalyst do Siri Hustvedt a favour if she, too, was told to stop the endless and obsessive stream of personal and intellectual thoughts, so that she might relax and be closer to herself without having to jump on the next bandwagon of fresh associations?

Beyond acceptance
At the end of the book we are left with the feeling that neither she nor we understand much more about her condition – or our own. The last sentence of the book could just as well have been the first: “I am the shaking woman.” In between we have been through an intense cascade of sometimes touching, often fascinating, and almost consistently interesting reflections, but it all resembles the propeller of an outboard motor that only reaches the surface of the water, producing gushing sprays of water in all directions without bringing the boat forward.

There are also attempts at producing a meditative attitude towards the shaking woman. We learn that biofeedback exercises have taught Hustvedt to accept her fits of migraine as parts of herself, instead of trying in vain to pretend the headache is not there. But her similar attempts at stoic acceptance of the shaking woman aren’t equally convincing. Biofeedback may be useful for migraine, but in psychological terms it is probably a quite shallow technique, and the shaking woman is too complex a phenomenon to be reduced to the simple question of immediate acceptance. It would have been interesting to see what deeper meditative processes might have done for the problem.