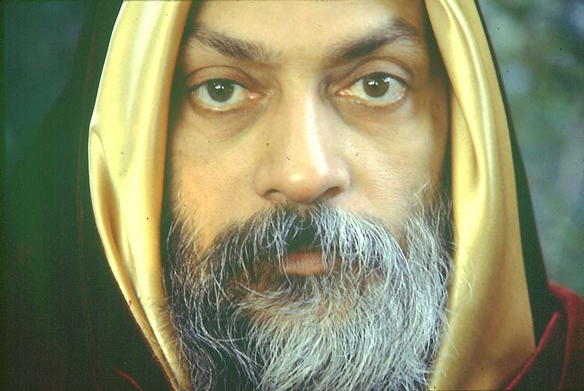 The documentary tells the story of Shree Rajneesh’s rise and fall through the stories of his bodyguard and his secretary. Rajneesh was carismathic, smart and cunning, with a hypnotic pull on people. As it turned out, he was also deeply narcissistic, dangerous and willing to exploit vulnerable persons to satisfy his desires. Thousands of persons flocked to his utopian commune (have we heard this before? messianic sects, political movements…) hoping to be unloaded of their Weltschmerz. And the guru promised them the moon.

Of course, the followers were bound to be disappointed, and after the initial first years relatively free from frictions, it started to go downhill. Rajneesh fled to Oregon, USA with Indian tax authorities at his heels. After some years in the US it turned really nasty. The commune became filled with conflicts, cruelty and paranoia, and Rajneesh was in the end expelled and sent back  to India.

His bodyguard and his secretary, who both come across as intelligent, but naive persons,  tell their versions of what happened. They paid heavy prices for their involvement with the guru: The bodyguard was banished, tried to commit suicide and spent almost a year at a psychiatric hospital trying to claw himself back to a normal life. The secretary spent 3 1/2 years in an American prison. As for the question of when it began to go wrong, they both say that it was there from the start, built into the guru’s flawed personality.