Where you have never been

Where you have never been

Most of us have never been to Bulgaria, and even fewer have visited the Rhodope Mountains, close to the southern border toward Greece. After having spent considerable time searching, we have concluded that this is the ideal location for Acem’s third World Retreat, which will take place on July 24-31, 2021. The Rhodope Mountains are particularly suited to let Acem Meditation bring you to areas in your own mind that you may never have visited before.

We expect several hundred participants from different continents. This will be a place for building Acem communities across borders, a melting pot for meditators from different cultures and peoples. You will be met at the airport in the capital Sofia and driven by bus to the retreat location. The younger part of the crowd will partly follow their own program, with Café Flow and maybe even their own hotel.

We will have ample time to explore ourselves in long meditations followed by guidance. There will be daily opportunities to practice yoga and other forms of bodily activity. You can choose among several parallel workshops. And the social dynamic will make it easy to feel at home and to get to know people of varying backgrounds.

Evening seminars will be led by Dr. Are Holen, who founded Acem in 1966, and who currently serves as chief lecturer and training supervisor in Acem International. The seminars are partly based on questions and other input from the audience.

We will stay in high-class hotels in the ski resort Pamporovo, at an altitude of 1650 meters. We are planning to rent the recently renovated Hotel Perelik (five stars), Hotel Orlovetz (five stars), parts of Hotel Orpheus (four stars), and Hotel Dafovska (three stars), all situated close to each other. There will be double rooms with ensuite bathrooms for single accommodation, with ample space for yoga and meditation. We will be served splendid lactovegetarian cuisine, based in part on local food traditions. The lecture hall and the meeting rooms are of a high standard and extremely suitable for our purposes.

We can stroll on roads and paths in the immediate area. All the hotels have access to sports equipment, and all participants may use the 25-meter swimming pool at Hotel Perelik. A year-round lift in the vicinity can take us to an altitude of 2000 meters, with a panoramic view of the area. The local Orthodox church lies only one kilometer from the hotels. 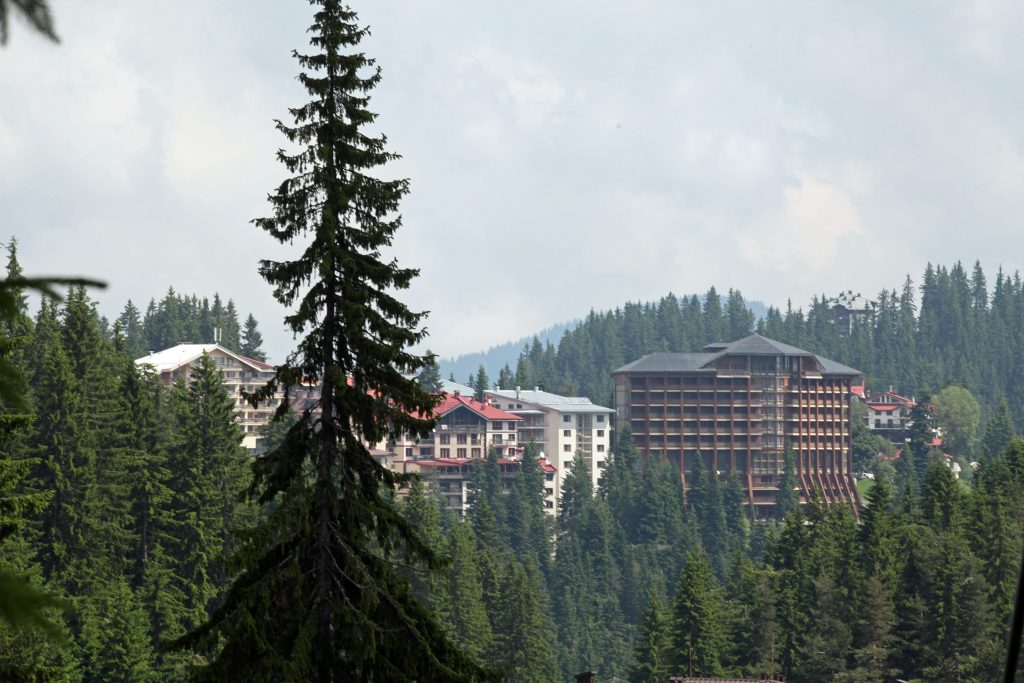 The area provides innumerable possibilities for vacations before or after the retreat. You can choose well-known holiday sites such as the Black Sea coast or Greece. However, you can also choose to stay in southern Bulgaria. Bulgaria’s second-largest city Plovdiv lies only one hour’s drive from the retreat location. Plovdiv is the European cultural capital in 2019 and is Europe’s most ancient city, with human residence dating back to at least the 6th millennium BCE, full of historical relics from the Thracians, the Roman Empire, Byzantine Christianity, Ottoman Islam, as well as modern times, including the communist era. In addition to the Rhodope Mountains, southern Bulgaria also has two other beautiful mountain areas, the Pirin and Rila mountains, both of which boast large historical monastic centers and stunning natural beauty.

Bulgaria’s low prices, combined with the consistently unpaid work by all Acem volunteers, make it possible to arrange a retreat like this at a very low cost. By registering and paying before February 1, 2021, you will get the early-bird fee of EUR 730 (students EUR 630); after that, the fee will be EUR 875 (students EUR 730). The course fee includes board and lodging, as well as the full course program, while the trip to the retreat location will be paid by each participant.