In and out of Context: Contemporary Perspectives on Meditation

In and out of Context: Contemporary Perspectives on Meditation

The recent book, Meditation and Culture: The Interplay of Practice and Context», edited by Halvor Eifring, has been reviewed in the journal Religious Studies Review (Vol. 43 No. 4, December 2017). The reviewer maintains that the book «offers provocative new insights for understanding meditation practice. …

… The key questions this book raises are: Should meditation be understood within its cultural context or as a universal practice? Is meditation better studied as limited to an individual’s experience of the practice? Or is it better understood as a function of the human mind where every person will experience similar results?»

Halvor Eifring and the many authors included in Meditation and Culture argue that meditation is best understood as intricately implicated within the various cultures it enters. Thirteen essays make this argument with comprehensive descriptions of meditation techniques as practiced in Christianity, Confucianism, Daoism, Buddhism, Hinduism, and Islam from the medieval period up to today. Eifring’s short introduction to Meditation and Culture contains important theoretical points that aim to shape the rest of the volume. Eifring articulates his perspective most succinctly here: “Behind the stereotype of a solitary meditator closing his eyes to society, meditation, like any other human activity, always takes place in close interaction with the surrounding culture”.

The stereotype evoked here assumes that because meditation is an isolating activity, it must be outside of the world and its concerns. Instead, this volume and its many essays attempt to argue that meditation is not private and apart from society, but is actually closely connected with the culture in which one practices. Because of this, the volume offers a number of cases in which tension exists between the aspirations and ideals of meditative practices and the ways it is embedded within cultures, traditions, and doctrines.

The volume is divided into four sections: traveling practices, competing practices, competing cultures, and cultural mosaics. Within these section titles, the themes of the book emerge – movement, competition, influence, and mixing. Each of these sections highlights the connections and interactions between multiple meditative practices and negotiation of diverse cultural influences and settings. “Traveling Practices” involves meditative practices that migrate from one culture to another. The section follows meditation techniques from India and Europe to China and from Asia to the West as Buddhism, Daoism, Christianity, and science encounter each other.  “Competing Practices,” stresses competition among meditation techniques within varying historical periods of Chinese culture. Perhaps due to proximity, diverse meditation practices in the area are less likely to coexist peacefully.

“Cultural Mosaics” are concerned with how one meditation culture can be constructed by the integration of elements of divergent origins. These mosaics, this section argues, can illuminate cross-cultural similarities and differences.

In the chapter “Modern Meditation in the Context of Science”, Øyvind Ellingsen and Are Holen discusses the important contemporary intersection of meditation and science. The researchers posit that for some, meditating within a religious context can have deeper meaning and inspiration but for others, a scientific context can provide a source of trust. But they conclude that much more research is required in order to determine the differences in clinical outcomes of the various types of meditation. In this case, science provides the dominant paradigm and categories into which Buddhist meditation enters.

In the final chapter, “Spontaneous Thoughts in Meditative Traditions,” Eifring addresses the phenomenon of mind wandering and spontaneous thoughts within various contemplative traditions that tend to understand this as an obstacle to meditative progress. This is consistent across contemplative traditions such as classical Yoga, Christian mysticism, early Daoism and Buddhist Pure Land techniques. He seeks to answer why spontaneous thoughts are a problem and explore the various ways these traditions have attempted to reduce them.

This analysis of spontaneous thoughts, as well as Tibetan Chöd and Saiva Siddhantha, recognize the ways that meditation techniques can be integrated when practices use similar categories and are rooted near a diversity of religious practices. Eifring has brought twelve contributors together from various disciplinary and regional specialties and contributed to our knowledge of meditation practices.

Each of the essays has much detailed description of historical people, techniques, and texts. The descriptions of meditation here certainly place the practice within multiple cultural contexts. The content of the essays in Meditation and Culture certainly points toward meditation’s connection with culture. The important assumption for Eifring is that there is a specific relationship between each meditation technique and culture. In Meditation and Culture, the constructivist perspective is alive and well, the reviewer maintains, but  welcomes more argument and debate, for those interested in ways to understand meditation as a religious phenomenon,’, in order to answer the questions raised in the beginning: is meditation universal or inextricably linked to culture? 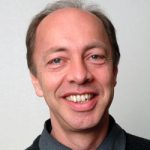 This book is the fourth on this subject, of five in total.

MEDITATION AND CULTURE: THE INTERPLAY OF PRACTICE AND CONTEXT

Links to the published volumes: